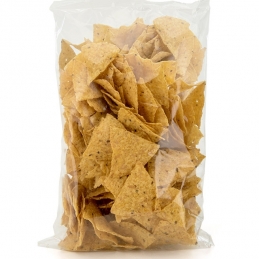 With slavery, a diversity of flavors and dishes also came to the United States that was not only exclusive to slaves, but also to their owners, who in many cases were European. The arrival of Spanish, English, French, Dutch brought unique customs, traditions and flavors that were not known. The Europeans brought recipes and ingredients that they had to adapt to the dishes of the region, since it was easier to cook cheddar cheese from England in the time of the thirteen colonies than a Oaxaca cheese. The same thing happened when Mexican migrants who were used to many Mexican products such as tomatillo or green chili, had to use what was on hand and mixed with the ingredients, thus creating the Tex Mex cuisine.

Tex Mex at your fingertips

In Texas they understand tortilla more as a crunchy element because they are fried "hard shell" instead of being soft. Another characteristic ingredient is what we call tortilla chips like a flimsy food container. Hence, they are fried, bathed in cheddar cheese, served with jalapeño peppers and named Nachos, named after a Mexican chef named Ignacio, of course.

Another dish that has Canarian and African influence and has very particular ingredients such as cumin, pepper and cinnamon for a typical recipe for chilli con carne that has been unfairly compared to picadillo by many.

Tex-Mex cuisine, sometimes referred to as Tex-Mex, corresponds to the culinary customs and dishes of the Mexican-American people residing in Texas. It is a fusion of two styles and two ways of understanding cuisine (Texan and Mexican), In this selection Tex Mex that you can find in La Tienda Mexicana are the main ingredients to make the most famous Tex Mex dishes such as the incredible nachos.