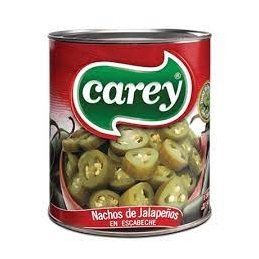 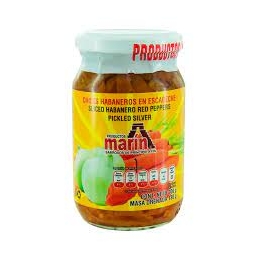 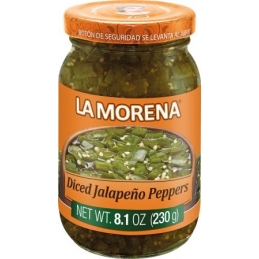 The pickled preserves are all known that it is Spanish and that it was spreading throughout the world and Mexico is no exception and it is precisely where canned chili peppers are the most consumed throughout the country.

Thanks to this natural pickling process, the chilies keep for several months, even years. The preparation process is very simple and whose main ingredient is vinegar, which is used to prevent bacterial action on food, preventing it from coming into contact with the air. In addition to the vinegar, spices and ingredients such as pepper, bay leaves, garlic, onion and even carrot are added. The result is a very traditional way of cooking food and vegetables. This method of food preservation became for Mexicans an invention that all Mexican families enjoy every day.

The culinary culture of escabeche in Mexico is not exclusive only to Chiles but they are also made with vegetables, such as carrots, cauliflower, onions, zucchini, cucumbers, jicama, garlic, radishes and even cooked potatoes.

On the other hand, brine is one of the resources that helps to preserve food, among other benefits. This brine technique is frequently used for chili peppers of all kinds and is achieved by placing the chilies in a jar, covered with brine and kept in a cool place, they will give them a great flavor and will prolong their conservation as well as the pickling technique.

Preserved chiles and jalapeños of all varieties and presentations

Preserved chile peppers are food products used as condiments or accompaniments to many Mexican dishes and are preserved in samuera, in vinegar or pickled, made with healthy, clean and with the appropriate degree of maturity (jalapeño or serrano peppers), subjected to the pickling process and, later, packed in a liquid medium consisting of vinegar, edible vegetable oil, salt and water; they can contain vegetables and spices.